Wenzhou (Pinyin: Wēnzhōu) is a prefecture-level city with a population of about 770,000 in southeastern Zhejiang province, Peoples Republic of China. It borders Lishui to the west, Taizhou to the north, and looks out to the East China Sea to the east.

Sprawling along the coast in southeastern Zhejiang Province, the city of Wenzhou is the economic, cultural, and communications center in southern Zhejiang. It has been a principal trading port in China since the Tang Dynasty and is a renowned hometown of many outstanding overseas Chinese. The city is famous for its commerce, handicrafts, arts and crafts. The numerous scenic spots and places of historic interest make the city a tourist center in southern Zhejiang. Two of the remarkable scenic spots around Wenzhou are the Yandang Mountain and the Nanxi River.

It is also known for its emigrants who leave their native land for Europe and the United States, with a reputation for being enterprising folk who start restaurants, retail and wholesale businesses in their adopted countries.

Wenzhou, also known as Yongjia (or Yung-chia), has a history which goes back to about 2000 BC, when it became known for its pottery production. In the 2nd century BC it was called the Kingdom of Dongou. Under the Tang Dynasty, it was promoted to prefecture status and given its current name in 675 AD.

Throughout its history, Wenzhous traditional economic role has been as a port giving access to the mountainous interior of southern Zhejiang Province. In 1876 Wenzhou was opened to the foreign tea trade, but no foreign settlement was ever made there. In 1937–1942 during the war with Japan, Wenzhou became an important port due to its being one of the few Chinese ports still under Chinese control. It declined in the later years of the war but began to recover after coastal trade along the Zhejiang coast was re-established in 1955.

Wenzhou derives its present name from its mild climate. With jurisdiction over three districts, two county-level cities and six counties, Wenzhou covers a land area of 11,784 square kilometers and sea area of 11,000 square kilometers. The population of the city is 7.7 million including 2 million urban residents.

As a coastal city, Wenzhou is rich in natural resources. The 339-kilometer long coastline gives the city abundant marine resources and many beautiful islands. Dongtou, one of the counties in Wenzhou, is also called the “County of one hundred islands”. Wenzhou also boasts wonderful landscapes with rugged mountains and tranquil waters, including three state-level scenic spots, namely the Yandang Mountain, the Nanxi River and the Baizhangji Fall-Feiyun Lake, and two national nature reserves, namely the Wuyanling Ridge and the Nanji Islands, among which Yandang Mountain has been named as World Geopark, while Nanji Islands listed as UNESCO’s Marine Nature Reserve of World Biosphere Reserves. Scenic area accounts for 25% of the city’s land space, which is a perfect integration of exotic mountains, tender water and charming sea.

Wenzhou exports foodstuffs, tea, wine, jute, timber, paper, Alunite (a non-metallic mineral used to make alum and fertilizer). Alunite is quite abundant here and sometimes Wenzhou claims to be the "Alunite Capital of the World". Its main industries are food processing, papermaking, and building materials, with some engineering works producing mostly farm machinery. From the 1990s, low-voltage electric applicances manufacturing became a major industry in Wenzhou, with some of the large private enterprises setting up joint ventures with GE and Schneider. Since 1994, exploration for oil and natural gas has commenced in the East China Sea 100 km off the coast of Wenzhou. Companies such as Texaco, Chevron, Shell and Japex have started to drill for oil but the operations have been largely unsuccessful.

Since the new government term starting in 2004, the local government has initiated a brand-new development strategy of inviting investment from international market, which is dubbed as "Number 1 Project" of the city. It is a particularly bold endeavour for Wenzhou, especially with the backdrop of declining FDI in the national level.

Wenzhou is a city full of vitality, with creativity as the source of its vitality. Since China adopted the opening up and reform policy, Wenzhou has been the first to set up individual and private enterprises as well as shareholding cooperative economy in China. It has also taken the lead in carrying out the financial system reform and the structural reform in townships. Being a pioneer in utilizing marketing mechanism to develop urban constructions, Wenzhou has won a number of firsts in China and set many national records.

Vitality comes from Wenzhou natives. Without much dependence in state investments, the development of the city really lies on the efforts of the natives. Vitality results from business culture, which is the top feature of Wenzhou’s economy. Wenzhou businessmen have set their feet on the way of accumulating capital and also made themselves one of the important forces of the overseas Chinese businessmen. “Big market with small commodities, small money with high capital intensity” has become the prominent character of Wenzhou’s economy. Vitality also originates from opening up of market. In recent years, Wenzhou has continuously de-regulated to embrace foreign investment and opened more widely to the outside world, encouraging the aspiring spirit of the local people to start-up businesses. With enduring vitality and sustained innovation, the economy of Wenzhou has always enjoyed healthy development. From 1978 through 2005, the GDP of the city has increased from 1.32 billion RMB to 160 billion RMB with the gross fiscal revenue increasing from 0.135 billion RMB to 20.49 billion RMB, and the net per capita income for rural residents increasing from 113.5 RMB to 6,845 RMB. What’s more, the per capita disposable income for urban residents increased from 422.6 RMB in 1981 to 19,805 RMB in 2005.

Wenzhou is the birthplace of the China's Private Economy. In the early days of opening up and reform, the people of Wenzhou took the lead in developing commodity economy, household industries and specialized markets. Thousands upon thousands of people and families were engaged in household manufacturing to develop individual and private economy. Up till now, Wenzhou has a total of 240,000 individually-owned commercial and industrial units and 130,000 private enterprises of which 180 are group companies, 4 among China’s top 500 enterprises and 36 among national 500 top private enterprises. The quantity, industrial output, tax, export and number of employees of the private enterprises account for 99%, 96%, 75%, 95% and 80% of the whole city respectively. There are 27 national production bases such as “China’s Shoes Capital” and “China’s Capital of Electrical Equipment”, 40 China’s famous trademarks and China’s famous-brand products and 67 national inspection-exempt products in the city. The development of private economy in Wenzhou has created the “Wenzhou Economic Model”, which gives great inspiration to the modernization drive in China.

Wenzhou natives speak Wu dialect Chinese, like the people of Hangzhou and Shanghai. Geographic isolation and an admixture of Southern Min Chinese speakers from nearby Fujian Province, however, have caused Wenzhou speech to evolve into a dialect that has been described as "notoriously eccentric." As a result, people from Shanghai and Fujian both have trouble understanding what is known as Wenzhou hua .

Due to both cultural and geographical remoteness and its lack of natural resources (land, minerals, etc.), the Chinese central government has left the people of Wenzhou relatively on their own. Away from the center of the political and economical stage, its people are more independent, self-reliant, and generally more business oriented. Hence, when China switched from its so-called socialist economy to its so-called capitalist economy in the late 1980s, its people adjusted well to the new system and gained a huge advantage from it.

The people of Wenzhou are equipped with business sense and a commercial culture more dominant than anywhere else in China. Wenzhou has two economic characteristics: it was the first to launch a market economy, and it has the most active and developed private economy in China. In the process of developing its economy, its people have survived adversity, with little positive help from the government. People traditionally are Buddhist with numerous Buddhist temples scattered over the landscape. But recently there has been a rapid growth of Christian community, one source claims [1] that between 15 to 20% of the citys population is Christian.

Wenzhou is a city with profound and brilliant cultural background with a history of 1682 years ago. It has given birth to many outstanding people and great scholars. Among them were Wang Shipeng, Chen Fuliang, Ye Shi, Huang Gongwang and Liu Ji during the South Song Dynasty, as well as Sun Yirang, Xia Nai, Xia Chengtao and Su Buqing and others of the modern era. All of them have exerted significant influence in the history of Chinese philosophy, literature and science. Wenzhou is also the originating place of China’s landscape poetry, the founder of which, Xie Lingyun, was the chief of Wenzhou’s Yongjia Prefecture in Nan Dynast. In Song Dynasty, there were 4 distinguished poets from Yongjia representing the River and Lake Poetry. Besides, Wenzhou is home to Nan Drama of China. For an instance, “Tale of Lute”, a play by Gao Zecheng of Ming Dynasty, is renowned abroad as one of the most outstanding works of Chinese drama along with Kun Opera of Yongjia which is recognized as the verbal and non-material human heritage. Wenzhou is also the birthplace of China’s Mercantilism. From the Southern Song Dynasty, in contrast to the Confucianism represented by Zhu Xi and Lu Jiuyuan in China urging people to study to be officials in the future, the theory of Wenzhou’s Yongjia School represented by Ye Shi, emphasized the importance of business. The theory has an enduring impact on the mindset of Wenzhou natives and has become the “cultural gene” in the economic development of Wenzhou ever since.

Renowned as the cradle of mathematicians in China, the city has teemed with over 200 mathematic professors in the recent 100 years, among whom Su Buqing, Gu Chaohao, Jiang Lifu and other mathematicians have enjoyed great fame both at home and abroad. Furthermore, Wenzhou is also reputed as the “Home of Swimming in China”, "Wenzhou exports", “City of Chess” and “City of Poetry in China”. 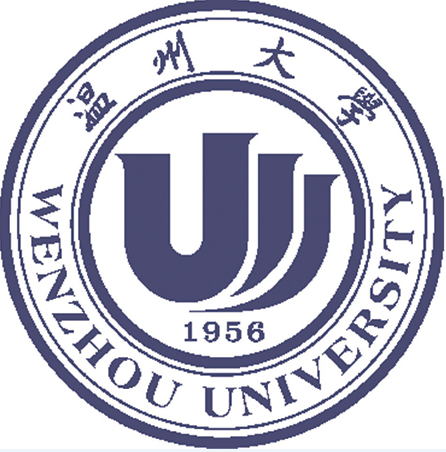